Trainer Christophe Clement entered Cariba in the Caress off a very nice allowance win in late June at Belmont Park. In post nine in the 10-horse field, Cariba was hustled into fourth early on by jockey Irad Ortiz, Jr. She sat a few lengths behind the leaders until Ortiz went four-wide for clear running in upper stretch. Cariba caught pacesetter Jakarta about a sixteenth from the wire and won by a half-length in 1:01.53 for the 5 ½-furlongs on the firm turf.

Cariba earned a career-best Beyer Speed Figure of 93 for the effort.

“I thought there was two or three speeds and I didn’t think we could be in the first two,” said Clement. “I said to be aggressive and get a position third or fourth because we had a bad draw and you don’t want to be caught in the back in traffic and everything. He gave her a perfect trip. It’s always nice when it works out.”

Bred in Kentucky by Brereton C. Jones, Cariba banked $110,000 in victory while improving her record to three wins and three seconds from eight starts with earnings of $216,750. 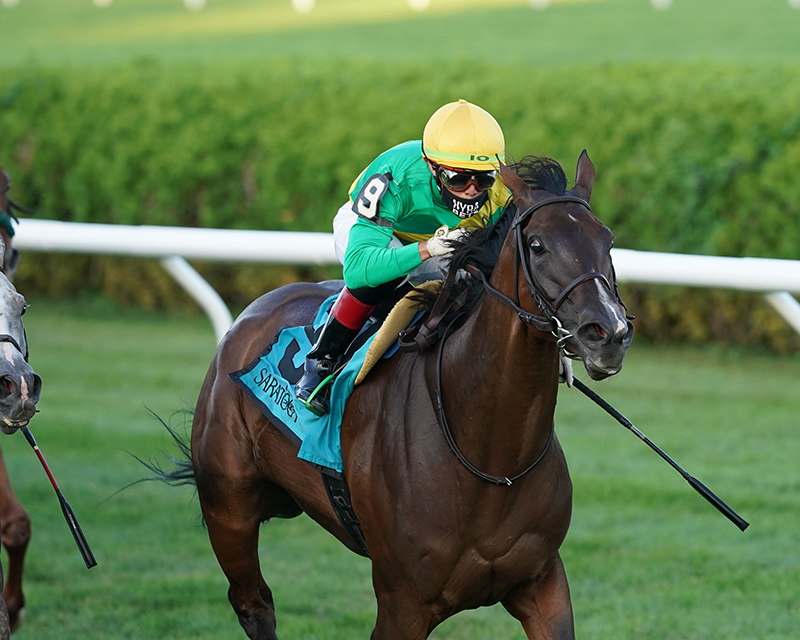 Cariba winning the 2020 Caress S. at Saratoga - Elsa Lorieul photo
« Back to News