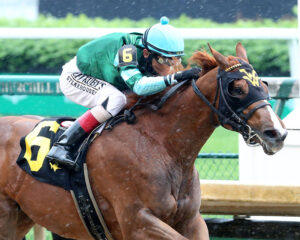 Both fillies are conditioned by noted 2-year-old trainer Wesley Ward.

“It was a really big effort today considering the only track she’s been at is Keeneland,” Ward said after Golden Bell’s win.

Purchased for $50,000 as a yearling by Hat Creek’s owner Gatewood Bell, Golden Bell could be heading to England and Ascot Racecourse, according to Ward.

“Pedigree wise, Gatewood buys them to be dual surface. We know she likes (the dirt), now we’ll see if she likes the other,” Ward said.

Tea Olive made her debut against males on April 29 at Churchill Downs in a $115,000 maiden special weight going five furlongs. The filly was not daunted by the heavy rains and wet track as she also went to the front right away and opened up by as much as three lengths near the top of the stretch. She held off the late run of Anotherworldinside to win by 1 1/2-lengths in :59.49 over the sloppy going.

Tea Olive was purchased by Bell for $70,000 at the same Fasig-Tipton October Yearling auction as Golden Bell. She earned $65,888 for Thursday’s win. 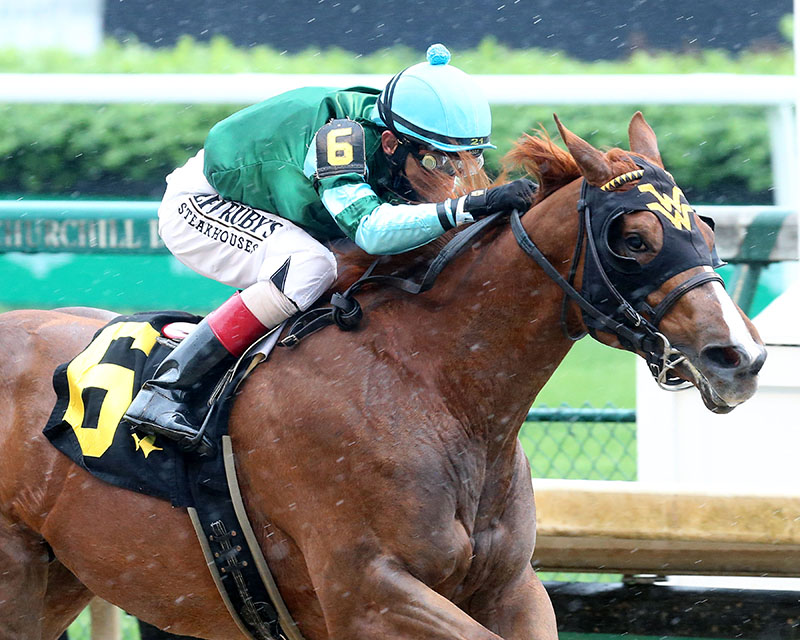 Tea Olive wins her debut at Churchill Downs on April 29, 2021 - Coady photography
« Back to News