Cheyenne Stables’ Counterparty stepped into stakes company for the first time in her career in the $100,000 West Virginia Presidents’ Cup S., and the 4-year-old filly responded with a very strong effort, overcoming an outside post to finish second in the 1 mile and 70 yard turf contest for fillies and mares.

Trained by Todd Pletcher, Counterparty shipped to Mountaineer Park off a second-level allowance win at Belmont Park. The gray or roan filly broke from post 10 of 11, but quickly found a good spot in third while three wide around the first turn. Still hung wide after six furlongs in 1:08.39, Counterparty was set down for the drive by Corey Nakatani. Though she couldn’t get to the winner, the Florida-bred filly gamely held on to the second spot.

Cheyenne Stables purchased Counterparty for $575,000 at the 2009 Keeneland September yearling sale. She is the second foal out of the Birdonthewire mare Passionate Bird, a four-time stakes winner of $275,399. Passionate Bird is a half-sister to another four-time stakes winner in Lotta Lovin.
Counterparty’s record currently stands at 3-1-0 in seven starts, with earnings of $134,610. 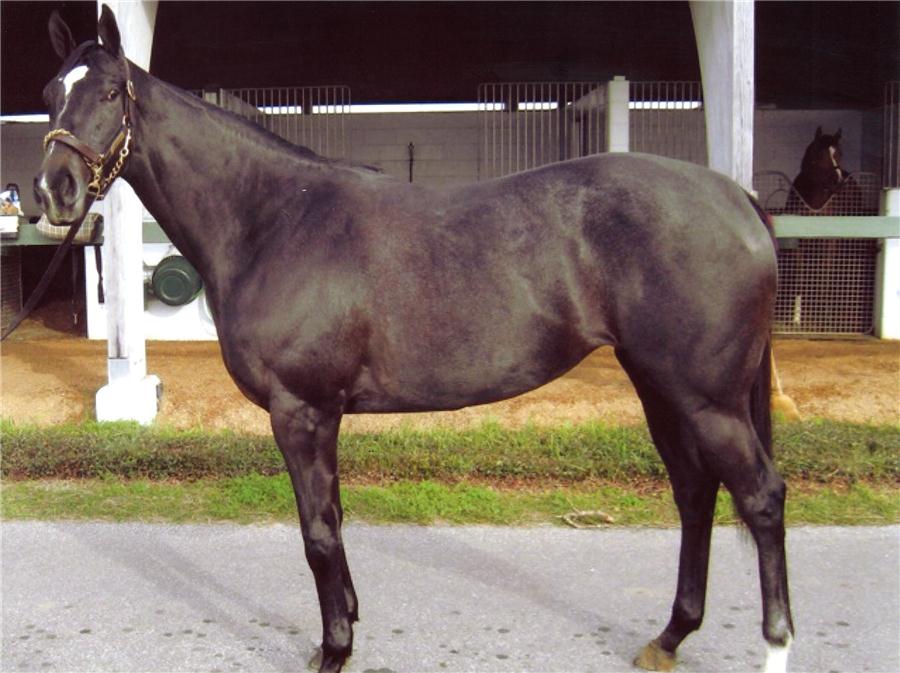