Clothes Fall Off proved too tough for the competition in the $125,000 Correction S. at Aqueduct on Saturday, defeating the 2-5 favorite Paulassilverlining by nearly two lengths.

For 4-year-old Clothes Fall Off, who is owned in partnership by Cheyenne Stables and Southern Equine Stable, the win was her first in a stakes, though the daughter of Daaher was second in last month’s Barbara Fritchie H. (G2) at Laurel Park.

In Saturday’s six-furlong Correction, Clothes Fall Off got a very good ride from Manny Franco after missing the break. Franco hustled his filly into a stalking position on the outside. Through fractions of :23.51 and :47.06, Clothes Fall Off seized the lead from Momameamaria at the top of the stretch, and would let Paulassilverlining no closer than a length in the stretch.

The final time for the six furlongs was 1:10.68 on the fast inner dirt surface.

“Manuel before the race had it in his head what he was going to be doing and it just happened to turn out perfectly,” said Joe Lee, assistant to trainer Kiaran McLaughlin. “We were able to stalk and watch Paulassilverlining was going to do. She ran great.”

Clothes Fall Off has finished off the board only in her 11 starts and has now tallied $365,160 in earnings. 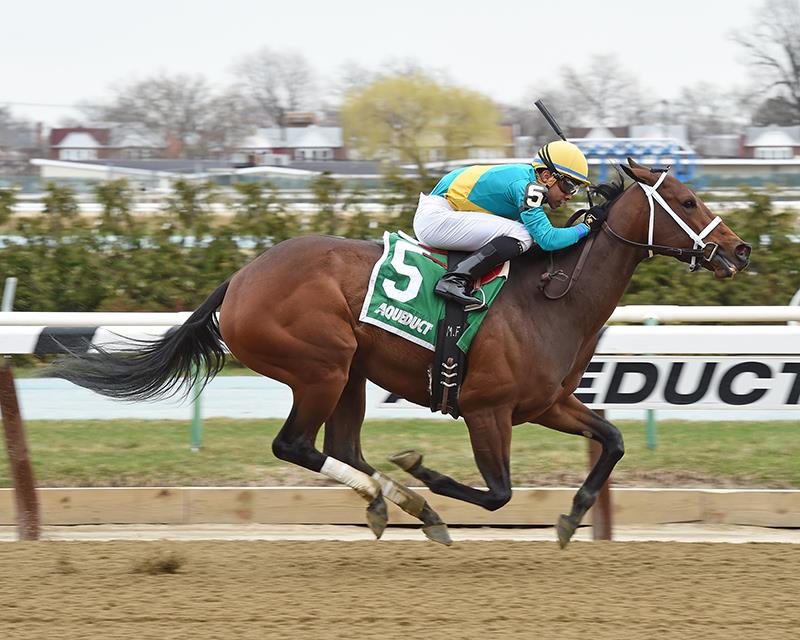 First stakes victory for Clothes Fall Off
« Back to News