The imposing bay colt, trained by Todd Pletcher, led all the way in the one-mile main track contest, setting a solid pace of 1:10.61 before drawing off in the stretch to win going away by nearly four lengths in 1:36.06 on a fast main track.

Nocturnal had made only one start prior to Friday’s win. That came nine months ago over this same track, when he finished second and earned a gaudy 93 Beyer Speed Figure while just a length behind Dr. Post. That colt would go on to win the Unbridled S. and finish second in the Belmont S. (G1) and third in the Haskell Inv. (G1).

Nocturnal, a son of Palace Malice, was bred by Everett Dobson’s Candy Meadow Farm and is the first foal out of Only by the Night. She is a half-sister to three-time Grade 1 winner and millionaire Curalina, who was owned by Eclipse as well. 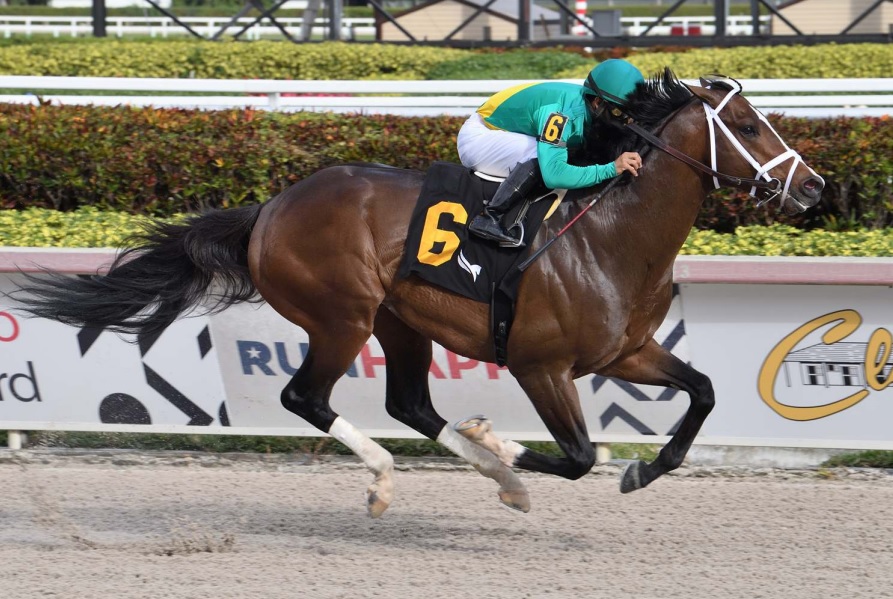 Nocturnal cruises to victory on Jan. 15,2021 at Gulfstream Park - Lauren King photo
« Back to News