Olympiad’s class was on full display once again in Saturday’s $500,000 New Orleans Classic (G2) at Fair Grounds, as the 4-year-old rolled to his third straight win while just missing the track record in the 1 1/8-race.

Fresh off a 1 1/16-mile record-setting performance in last month’s Mineshaft S. (G3) Olympiad gave his owners Grandview Equine, Cheyenne Stable LLC and LNJ Foxwoods another outstanding performance on Saturday. Ridden expertly by Junior Alvarado, Olympiad kept close contact with pacesetter Promise Keeper, who led through six furlongs in 1:11.45. Olympiad swooped past Promise Keeper at the top of the stretch to open up a two-length lead, a margin he maintained over Proxy the rest of the way.

The final time of 1:47.74 on a fast track was just one-tenth of a second off the track record.

Olympiad is now 5-1-1 in eight starts, and has earned $648,440 as he stakes his claim as one of the top horses in the older male category. 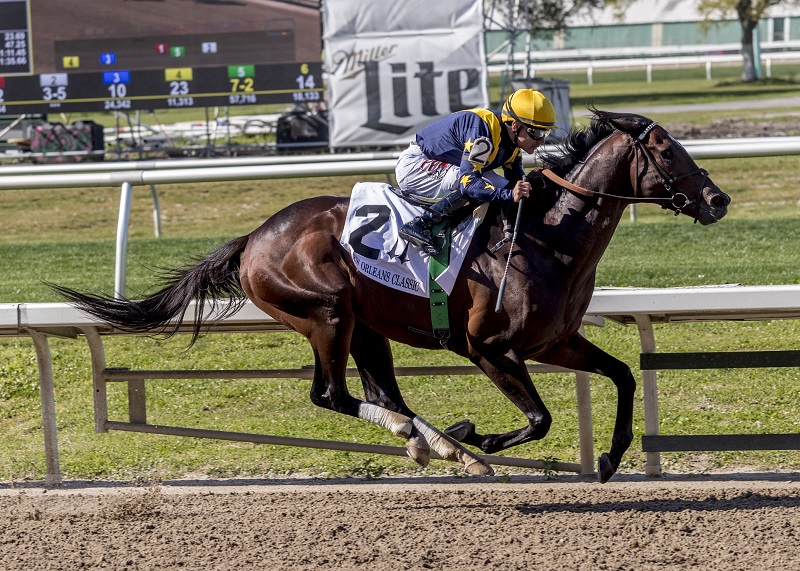