The 4-year-old son of Speightstown is owned by the partnership of Grandview Equine, Cheyenne Stables LLC and LNJ Foxwoods, Olympiad is 4-1-1 in seven lifetime starts and has earned $348,440.

Olympiad, who cost $700,000 at the 2019 Keeneland September Yearling sale, was making just the second graded start of his career on Saturday. The bay colt broke alertly and tracked Silver Prospector through a sensible half-mile in :48.11. Olympiad started to apply pressure at that point and finally got the lead in upper stretch. Silver Prospector offered some resistance, but Olympiad was too much in the final furlong and won with authority.

Bred by Emory Hamilton, Olympiad is the second foal out of graded stakes-placed Tokyo Time, who is a half-sister to graded stakes winners Hungry Island and Soaring Empire. 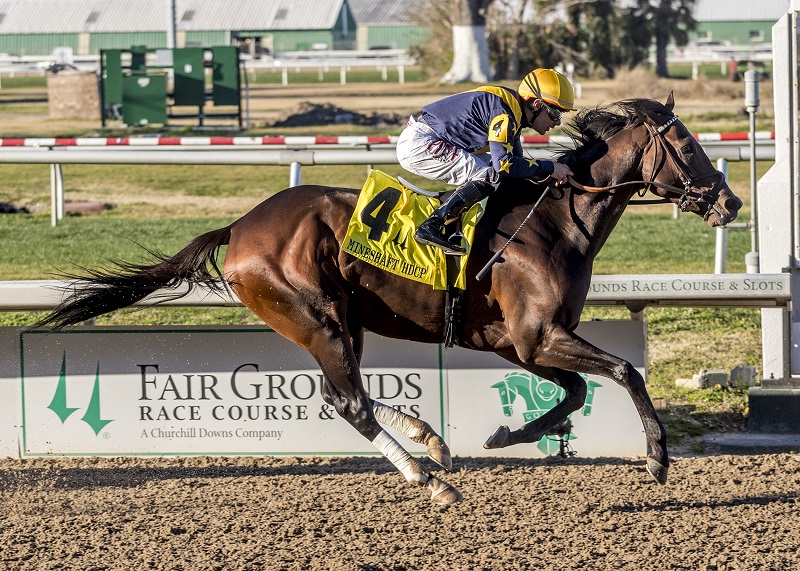 Olympiad sets a track record in the 2022 Mineshaft S. - Lou Hodges photography
« Back to News