Olympiad earned a trip to the Breeders’ Cup with a rousing victory in Saturday’s $1 million Jockey Club Gold Cup (G1) at Saratoga, and at the same time proved he could handle the 1 ¼-mile distance of the Breeders’ Cup Classic (G1).

Though he had already earned his way into the Breeders’ Cup with his win in the Stephen Foster S. (G2), the Gold Cup is also part of the “Win and You’re In” program for the Nov. 5 Classic.

Tax showed the way early in the Gold Cup, with Olympiad a length back in second through a half-mile in :49.70. He crept to within a half-length after six furlongs, then took over the lead for good with three furlongs to run.

Eventual runner-up Aamericanrevolution was within a length at the top of the stretch, but could get no closer as Olympiad powered through the stretch to win by two lengths and stop the timer in 2:02.11 on a fast track.

“He answered the mile and a quarter question today,” said co-owner Everett Dobson of Cheyenne Stable. “We love that the Breeders’ Cup is in Kentucky at Keeneland. We have a lot of friends there and we are very excited about going.”

“The Breeders’ Cup kind of dictates everything,” added trainer Bill Mott. “There are some good horses in the division and I’m glad that we’re up there with them.”

Olympiad now has five graded stakes race wins, all coming this year. His record stands at 8-1-1 from 14 starts, with earnings of $2,007,560. He is owned by Cheyenne along with Grandview Equine and LNJ Foxwoods.

Bred by Emory Hamilton, Olympiad is out of the graded stakes-placed Tokyo Time, who is a half-sister to graded winners Hungry Island and Soaring Empire. Olympiad sold for $700,000 at the 2019 Keeneland September Yearling sale. 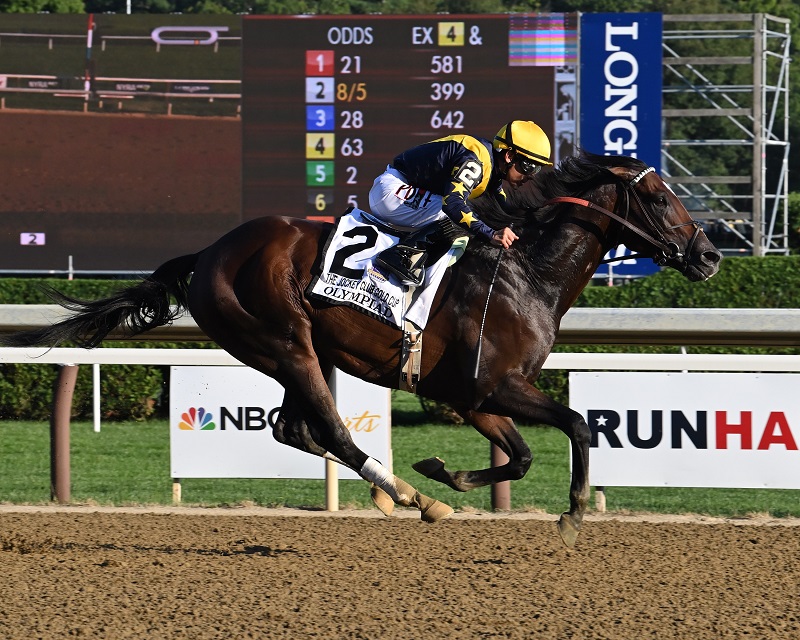