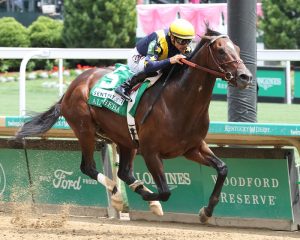 In winning, Olympiad improved his record to 9-6-1-1 and added $303,800 to his bankroll that now totals $962,240 for Grandview Equine, Cheyenne Stables LLC and LNJ Foxwoods. The 4-year-old’s current streak includes victories in the Mineshaft S. (G3) and New Orleans Classic (G2).

In the Alysheba, Weyburn set the pace, with Olympiad tracking to his outside in second through fractions of :24.21 and :48.43. Going into the far turn, Olympiad began to close in on Weyburn with Happy Saver making a three-wide move that propelled him to the front at the head of the stretch.

Although he was in tight between Happy Saver and a fading Weyburn with three-sixteenths to run, Olympiad found himself in the clear at the eighth pole and pulled away for the victory.

“We thought he was a nice horse since he was a 2-year-old,” said trainer Bill Mott. “He missed a lot of time in his 3-year-old year unfortunately. The patience that we were allowed to have with him and waited until he got right paid off. He’s a really good horse and competing at a top level.

The winner was bred in Kentucky by Emory Hamilton and sold for $700,000 at the 2019 Keeneland September Yearling sale. 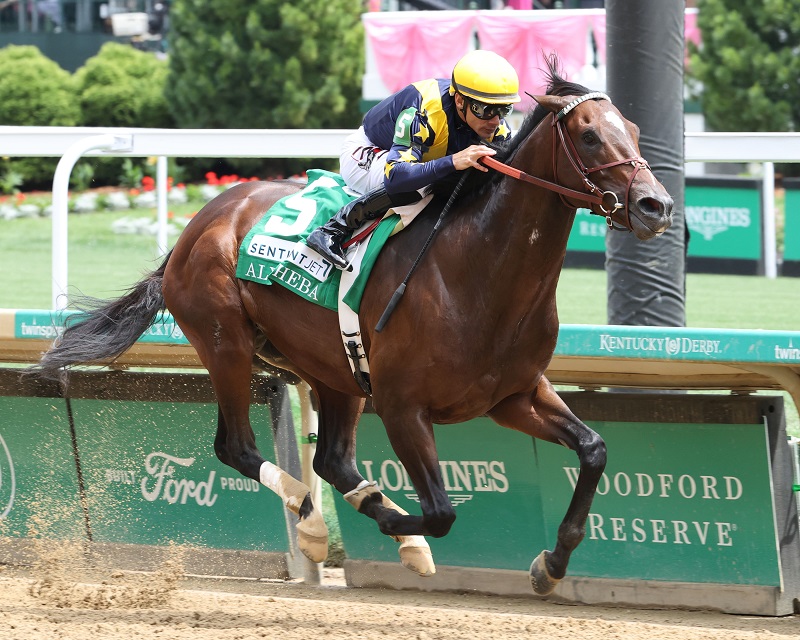