Vindictive gets second win of the Saratoga meet

Vindictive scored a hard-fought victory in a $103,000 allowance race on Sept. 1 for his second win of the historic Saratoga meet .

The 3-year-old colt, owned by Grandview Equine, Cheyenne Stables, LLC and LNJ Foxwoods, bested pacesetter Runnin’ Ray by a half-length in the 1 1/8-mile race, the second time in a row the bay son of Uncle Mo has beaten older horses.

As he did in his July 28 maiden win at the same distance, Vindictive sat a few lengths off the lead before making his move with three furlongs to run. Runnin’ Ray, who led from the outset, proved a game competitor but was not good enough to keep up late.

Vindictive has now won two of three starts and earned $115,250. Out of the multiple stakes winner Exotic Bloom, Vindictive is a half-brother to Stopchargingmaria, a three-time Grade 1 winner, including the Breeders’ Cup Distaff, and earner of over $3 million. 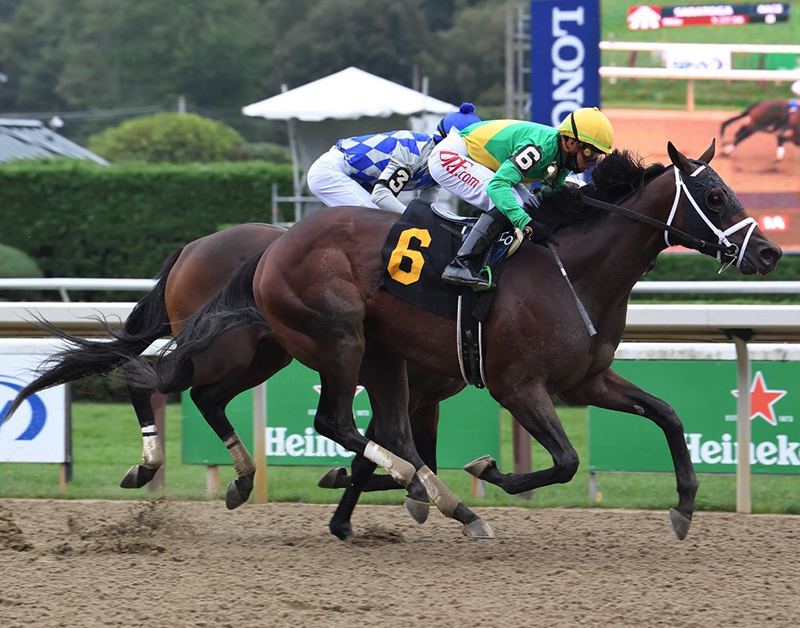