The colt won a hard-fought stretch battle with Pipeline, winning the 1 1/8-mile contest by a head in a very good 1:49.51. Pipeline was the pacesetter, with Vindictive never more than two lengths from the lead before he wore down the frontrunner in the final sixteenth.

Vindictive earned a Beyer of 96 in what was his second lifetime start. He was third in his June 12 debut at a one-turn mile at Belmont Park. The bay colt is trained by Todd Pletcher.

Vindictive, who cost $200,000 as a Keeneland yearling, is out of multiple stakes winner Exotic Bloom and is a half-brother to $3 million earner and Breeders’ Cup Distaff (G1) winner Stopchargingmaria. 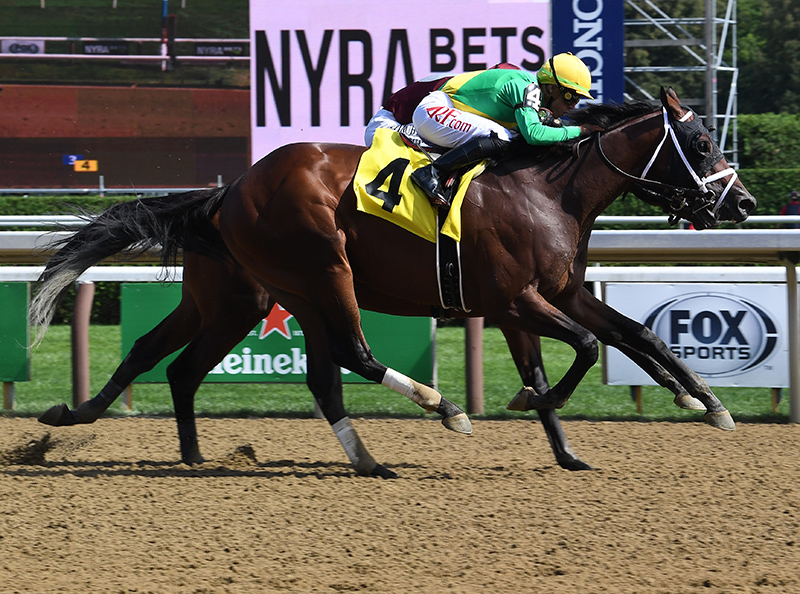